Picture this: A guy comes in from out of town and opens a new fabrication company in the middle of the recession. Within months his fabricators are pumping out up to 10 kitchens per day – and he doesn’t even have a fabrication facility. 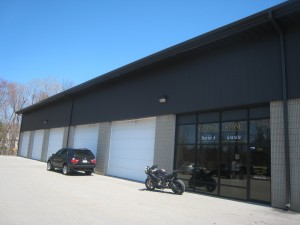 “I found a shop here in Boston,” says John Howard of National Stone Marble & Granite in Shrewsbury, MA, “that was kind of going under and I said to the owner, ‘What if I put a few of my own guys in here? I will bring in my own stone and we will use your business front as my fabrication facility.’ We negotiated a financial deal and I was able to do it that way for a good year and a half. During that time I was able to build my customer base and we were doing close to 25 kitchens a week out of this guy’s shop.”

Turns out, John Howard has made a bit of a career out of thinking outside the box. A native of Boston, he and his wife, Simara, traded the cold New England weather for balmy Central Florida when he accepted a position as project manager for a stone fabrication company that had just landed a contract to furnish countertops for a large condo project. There were three phases, and each phase had up to 480 units. The first time John visited the jobsite he was aghast.

It’s Who You Know

John’s “guys” were fabricators he knew from his earlier life in New England, who were now working for a Boston company that had opened two shops in Florida. “Once we got the installation squared away, I got back on the phone to the company and told them, ‘Now the problem is the fabrication. You can’t get it to us on time, and what you send is not very good quality.’ They asked if I had somebody that could fabricate these jobs for them, and I said I did. So they sub-contracted to me for all the fabrication and installation.”

Things were cruising along until the recession that pummeled Florida hit right at the end of the first phase of the condo project, effectively stopping the work in its tracks. John and Samara knew it was time to return to Boston. “We decided this time we would open our own business instead of working for someone else,” he says.

Putting It All Together

Immediately upon his arrival in Boston, John began calling on kitchen dealers, contractors, designers and other contacts he had made while working for other fabricators in the area. “I went in and re-introduced myself to everyone and told them, ‘This is what I am doing now,’” he says. National Stone’s strategy is pretty straightforward. “We are strictly wholesale – we don’t entertain any aspect of the retail business whatsoever. We deal mainly with cabinet dealers. We don’t do any home center business. We are focused on quality.”

Oh, and there is one more thing: John puts a lot of effort into hiring well. “Everybody that works here is top quality,” he says. “I try to find the best people and pay them top dollar. And I hire only through referral – unless a fabricator is recommended by someone I trust, they don’t get a shot.”